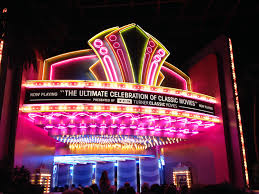 Thai owned movie piracy website Movies2free has been shut down by DSI police. It is believed that the site was earning over 5 Million Thai Baht a month, or $164,701 USD. The chief of Thailand's Department of Special Investigation has announced the closure of the website and is currently pursuing those involved with the operation for economic crimes linked to breach of copyright laws, tax evasion, and more. The site was taken down earlier this month after authorities found out it was operating out.

Earlier this week, the Director-General of the DSI, Paisit Wongmuang, announced that officers had raided the home of a "22-year old man in the north of Thailand who was working as the administrator of the website in the kingdom." Wongmuang also revealed that police have discovered that the "owner of the site is a 30-year old Thai man living outside Thailand." While the administrator has been arrested, the owner of the Movies2free is still at large, though authorities are hoping to get more information out of the administrator while he is in custody.

According to Thai authorities, the site used technologically advanced methods to keep them from finding where the site was operating from. However, the DSI was able to set up a decoy pinging software of their own, which helped narrow their search. Before Movies2free was shut down, it had well over 3,000 pirated movies illegally streaming on the site. Viewers from all over the world were able to access the pirated material, which is what caught the attention of authorities.

Movies2free started up in 2014 and had around 10 million visitors a day. It was easily Thailand's most-visited pirated movie site and also was also on the global list of top pirated movie sites. Not only was the site offering pirated movies, but authorities are now looking into "economic crime exploiting copyright infringement." If that wasn't enough there is also a tie to the "promotion of online gambling which is illegal in Thailand." When all is said and done, the man who owns the site could go to jail for a pretty long time with some hefty fines to pay at the same time. That's if he gets caught.

While the movies on the site were streaming, they were also used by pirates to rip to DVD and sell on the black market. Thousands of titles have been bootlegged and sold to multiple countries surrounding Thailand, which is obviously also highly illegal. As for why the site was able to gain popularity so fast, they were able to get the movies before they were released to local theaters, which made it that much more appealing. This is a developing story and more news is expected to drop soon. The Thai Examiner was the first to report about Movies2free getting shut down and the other illegal ties.